A couple of days ago, Pantone announced its Color of the Year for 2019: Living Coral. It’s a color they say represents (among other things) optimism, expression, and modern life. 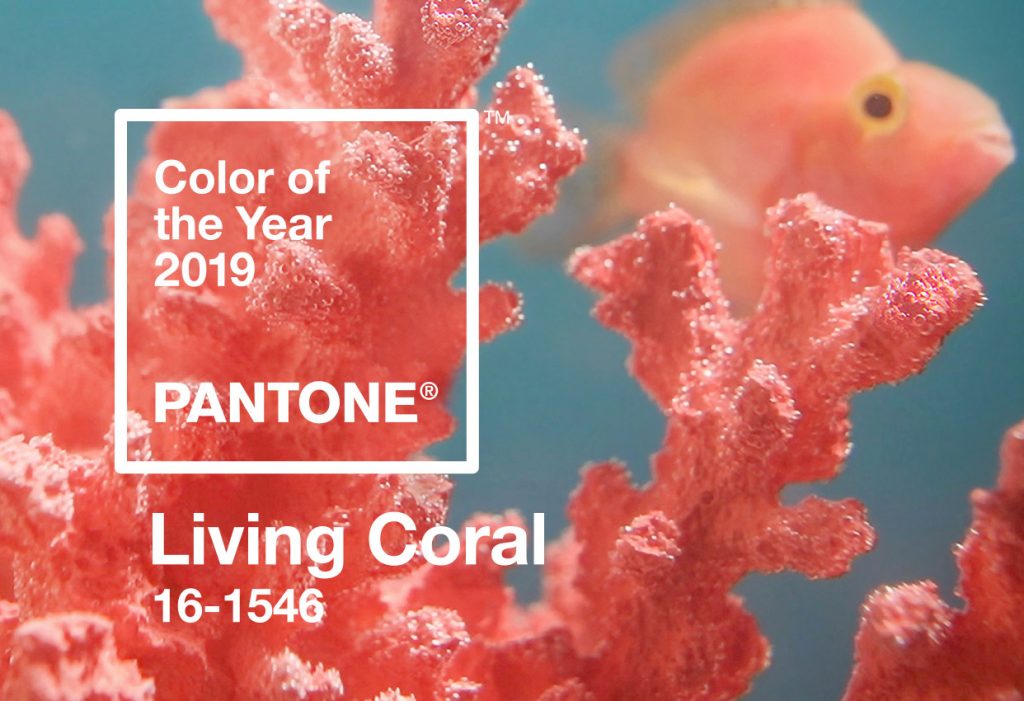 It’s another bright color year, after Ultraviolet in 2018 and Greenery in 2017. This came on the heels of twins Rose Quartz and Serenity in 2016 and muted Marsala in 2015.

I appreciate the warmth of this year’s color, as we are definitely seeing a shift away from cooler grays and into warm woods as the gray trend begins to wind down. I think we can expect to see Coral used well as an accent for a pop of color in art, rugs, pillows, lamps, etc for pops of color, and possibly even in some furniture pieces.

It is brighter, warmer, and richer than, but similar to, Sherwin Williams’ color of the year for 2015, SW6606 Coral Reef (seen here in a vignette from the Builder’s Show in Las Vegas). 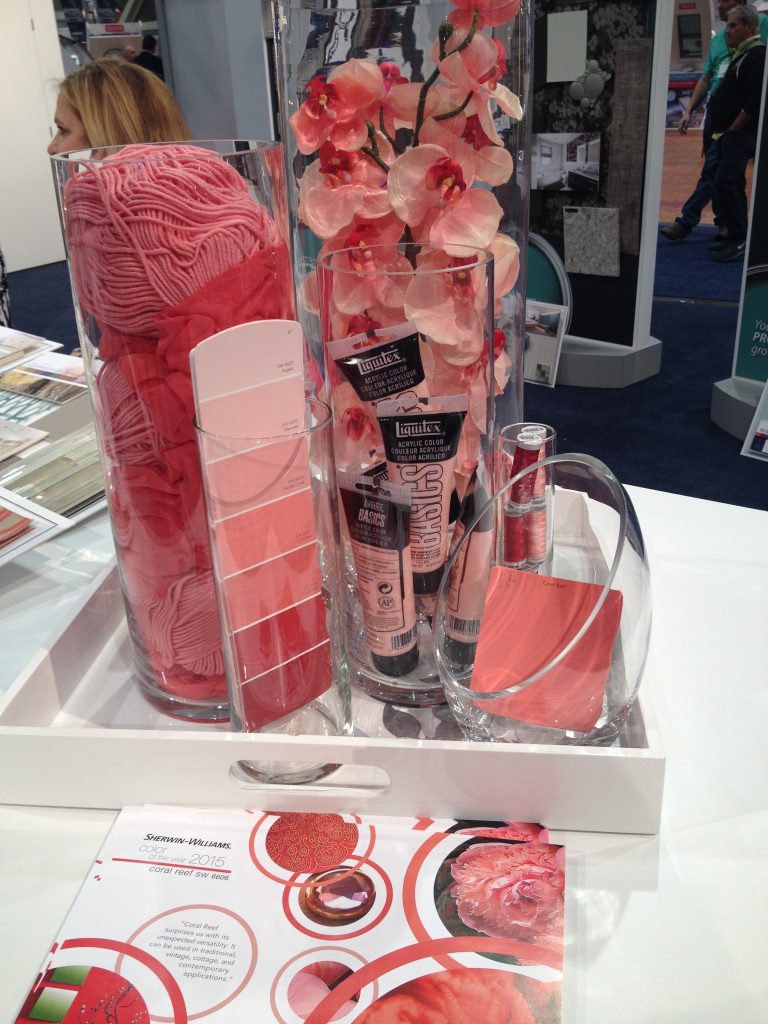 And we’ve already seen it in recent years at the Las Vegas market (as in this adorable pillow from Nourison): 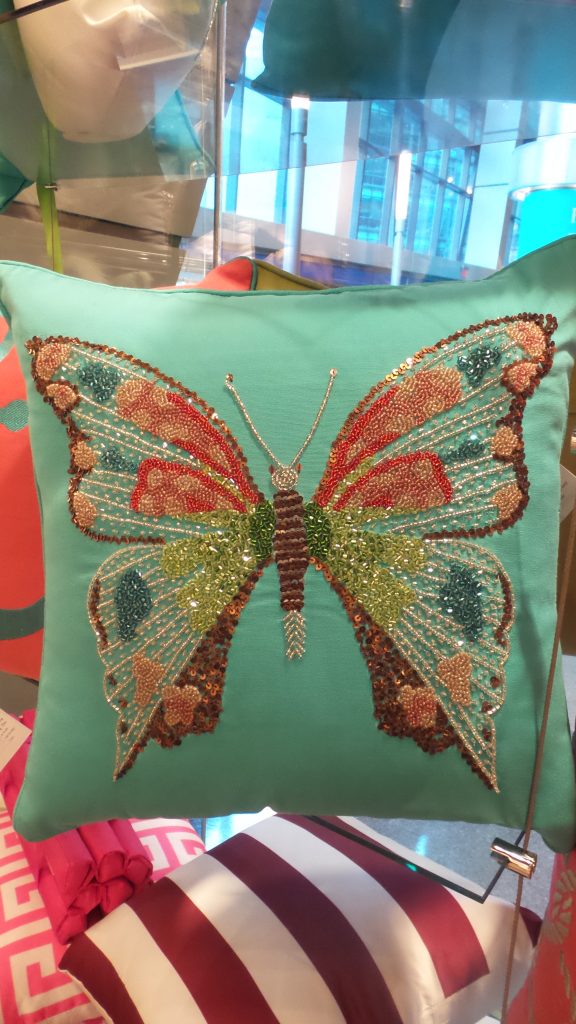 With Pantone’s name behind it for 2019, I think we will see the color more widely used in clothing and cosmetics as well.

I’d love to hear your thoughts on this too? How do you like Living Coral?